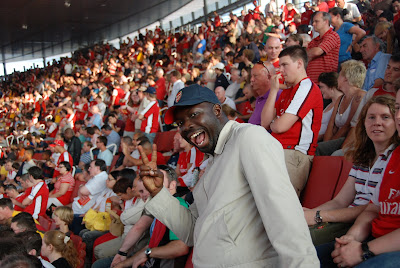 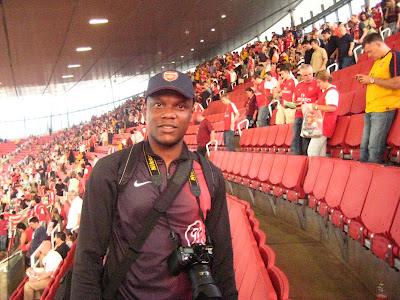 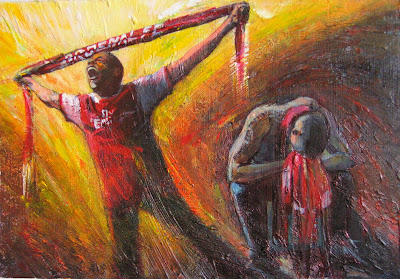 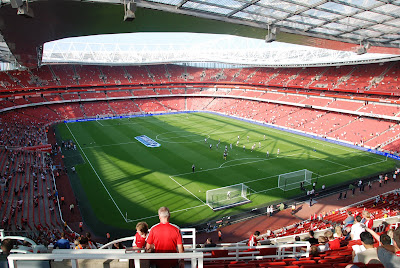 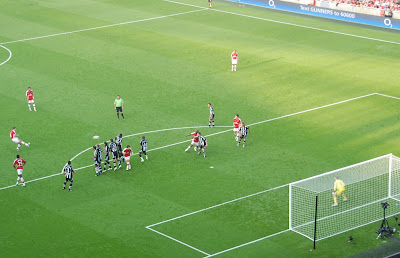 Last year in my I was one of the 5 runners ups in the "Finding Fan Gogh" competition organized by The Barclay's Premiership. That award one me £1,000 and a pair of tickets to watch Arsenal play at the Emirates. I only used the opportunity last Saturday and it was an amazing experience. Arsenal won 3-0! Apart from that the stadium and the atmosphere inside it while the game was on was ELECTRIC!

As a young boy of 6 or 7 in 1978/79, I remember getting hooked on Arsenal through my cousin who lived in North London. But since that time I have always wondered when I'll be able to watch them play live. But, Art opened the door! funny enough, the very thing that got me drawing when I was 6 or 7 was actually drawing football players, I was highly influenced by Roy of the Rovers- a common football comic in the 70's!

I have posted here some images of me, my artist friend Dotun Alabi (we went together)and some during the match! also I have posted the winning art piece which was in mixed media and A4 in size.
Posted by adebanji at 8:02 am