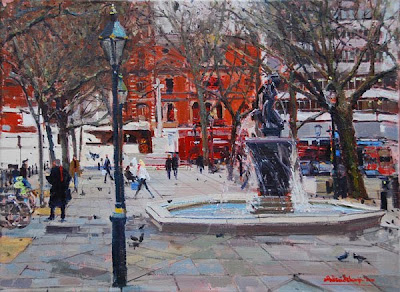 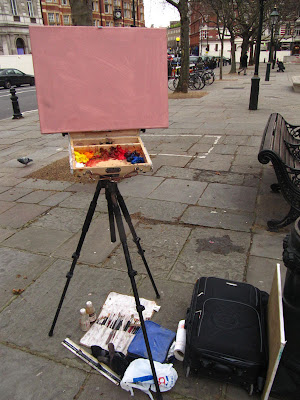 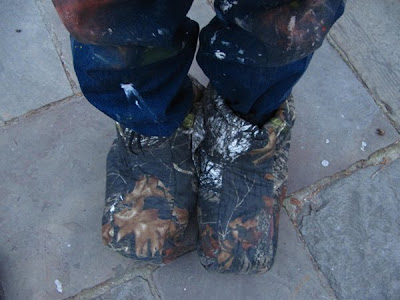 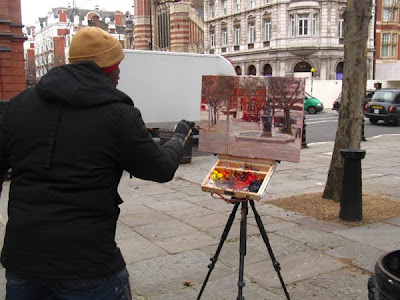 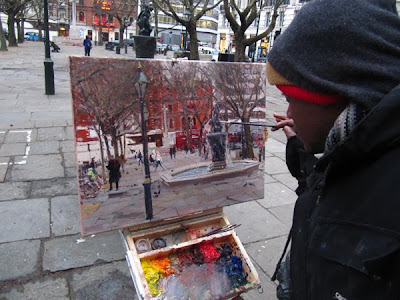 Wow! What an amazing painting. Must have been an absolute treat for the onlookers, I am sure!
And thanks also for the nice quote. Makes so much sense!

Simply AMAZING man! Thanks for sharing.

beautiful job Adebanji! It must take a lot out of one painting that size on location, and you pulled of a beaut!

Thanks Michael! It takes a lot but in all respects it's the best way to paint! Life begets life! When I paint outdoors, I paint with all my heart, nothing else matters, sometimes I'm so lost, I sing as I paint along-it's close to cruising, if you know what I mean!

Fantastic painting! It's fun to see your setup, I'm trying to put mine together. Do you have any tips for carrying wet pieces home?

For any size larger than these, I always carry a blank canvas of the same size, if you notice in the picture which shows my set-up, I have another canvas, that's always there for me to make carrying the wet one easier. I simply put both together, separating them with round balls of wax at the four corners and center of each side. I then wrap them a bit more with masking tape.

Thanks for the info - very helpful!
I plan to work fairly small outside - so the 8 x 10 would be ideal, especially if it can carry 10 wet. Did you build or buy that one?

Great Jane, I am sure you'll enjoy it!
I got a nice guy on www.abbeyseasels.co.uk to build them for me, but they can only take very thin panels.
But for an extensive range of portable wet carriers check out www.GuerrillaPainter.com.
Cheers

Thanks, I will check them out :)

That is an awesome painting, especially done outdoors in the cold. I can see how you just get into it and enjoy it, and the time just flies by.

Will you come and paint in Chiswick,Adebanji?There are some lovely views here.Chiswick Common is beautiful at the moment with the horse chestnut trees and spring colours.A favourite spot for artists.

Thanks Juliet! Why not, I might, I have never been to Chiswick, sounds interesting! Need to find out what bus goes there from Chelsea.

The No 11 bus goes to Hammersmith from Chelsea.Then change to the 27,391,or 267 buses to Chiswick.
Quite easy!

Thanks Juliet, I think you mean the 211 bus. It's the 211 that goes to Hammersmith.
Thanks, I'll let y know if I embark the journey.