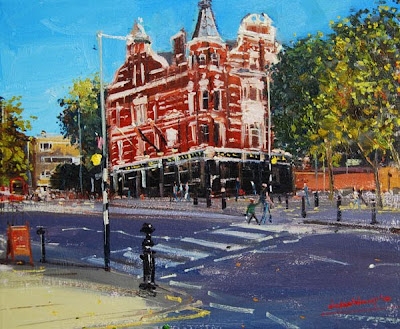 There's so much I haven't been able to post and I'll be playing catch up for now, especially with my public transport sketches. This particular painting was done on the 11th of October this year! I was in the middle of preparing for the Affordable Art Fair. The weather was great so I decided to pop out of my studio for a plein air break, sometimes the confines of the studio does get to me and I always long for the outdoors! 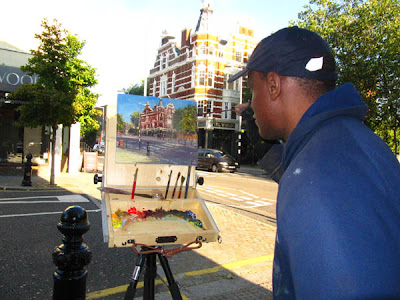 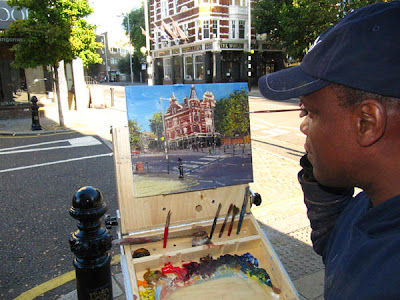 I went straight to one of my favourite spots in Chelsea, The Chelsea Worlds End. I really enjoy working on this building and capturing at different periods too. I have also added other versions I have painted of this same scene ant the end of this post. 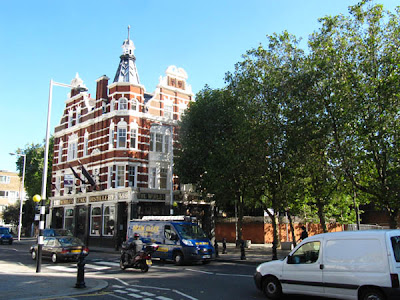 Picture of the scene

OTHER VERSIONS I HAVE DONE OF CHELSEA WORLDS END 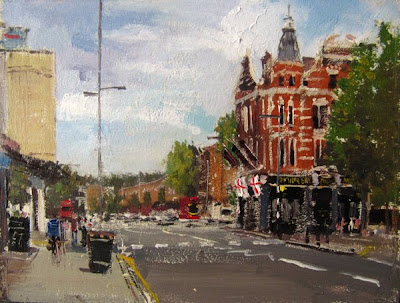 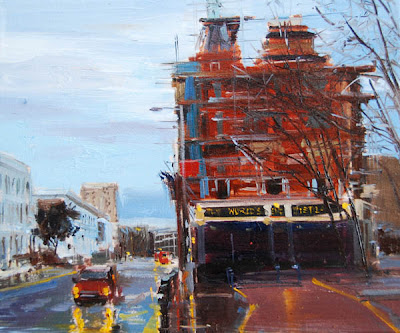 Chelsea Worlds End at Dawn, available at Enid Lawson Gallery
Posted by adebanji at 5:12 am

Beautiful work Adebanji! I love your new painting. The colours are so vivid and draughtsmanship so correct! Can you post one of your paintings in various stages of completion? It would be like a demonstration and a wonderful source of inspiration for your readers like me.
Thanks.

Thanks Vinayak. I'll check if I have one and I'll post at your request. If not, I'll do so in my next painting.

Hi Adebanji
Lovely, lively paintings done on the spot. I'm a watercolourist myself, but I too like painting outdoors whenever I can ~ bit too cold the last few weeks though! Love the people sketches too. Not owning a car, I often sketch fellow train passengers on the opposite platform. I use these sketches to populate my landscape paintings.

Thanks David! That's a great way to use sketches!