It was on this part that I met a nice lady who asked me whether I had been to Alexandra Park. I had never been there. I ended up going there for the last painting on this post but in part 5 it took me over! 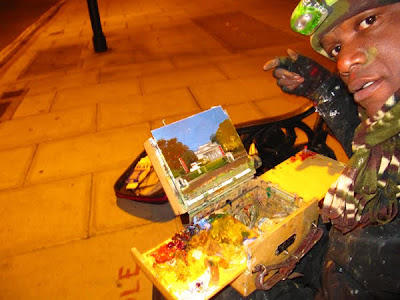 188-HOLBOURNE MUSEUM UNDER CONSTRUCTION AT DUSK- It was while doing this painting I met Jane, she said I have to paint at Alexandra Park, I promised I would! Also, while painting this, one of the residents on Great Pulteney Street agreed to buy this very piece, her reason-Because I saw you do it right in front of my house! 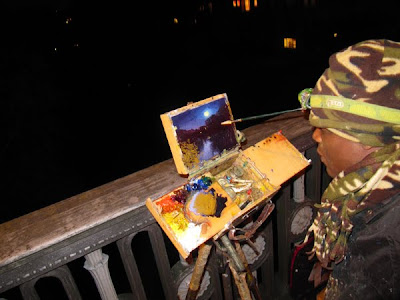 189-CANAL AT NIGHT FROM CLEVELAND BRIDGE- This is where I almost took my passion to the limit, it was 2 degrees on a cold night on Cleveland Bridge, I was returning from a walk in the dark, all the way from Great Pulteney Road, when I saw a full blast moon on Cleveland Bridge-I COULDN'T RESIST! Passion took over my Perception! My fingers basically went numb- I was scared stiff! But I survived! 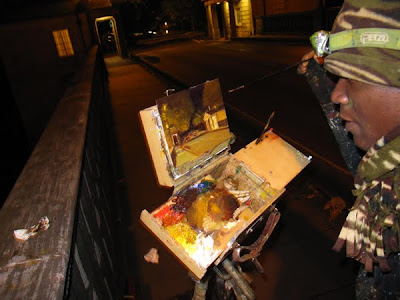 190 CLEVELAND BRIDGE AT NIGHT- After enduring the cold, I seemed to get used to it or maybe the temperature went a bit higher! I enjoyed this piece because I couldn't really tell the colour mixtures but I made sure I followed Marc Hanson's rule of keeping the value scheme effective when painting night scenes. 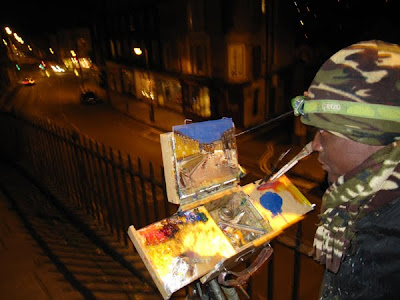 191 LONDON ROAD TOWARDS CLEVELAND AT NIGHT- I love this scene so much, Peter Brown did it and so has David Pilgrim, but not at night, so I decided to give it a go at night! 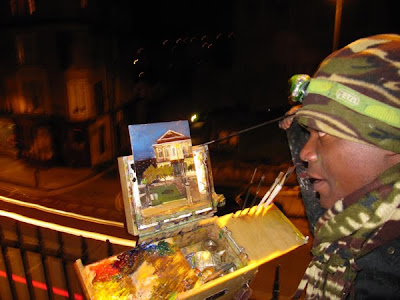 192-WALCOT METHODIST CHURCH AT NIGHT- I painted this place during the day earlier in my marathon race, I decided to another one this time at night! 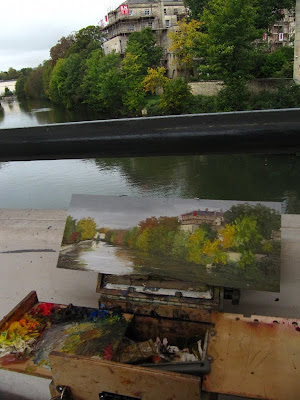 193,194 THE CANAL FROM SAINSBURY'S AT GREEN PARK-It was a dull day and rainy too, in a bid to keep going, I looked for a place of refuge and there was a lovely bridge with nice protection, I just sat under it and made use of the space available. 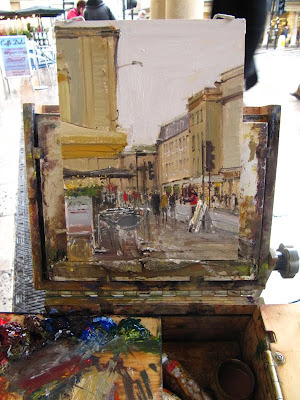 195 HIGH STREET FROM THE PODIUM- It was raining here too, so under the Podium entrance, I managed to squeeze in this one among the pedestrians and several onlookers. 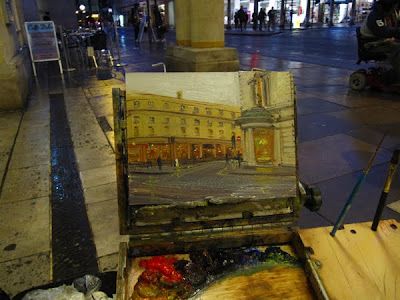 196 NEW BOND STREET FROM THE PODIUM- I have done this place during the night, so I decided to do a dusk scene. 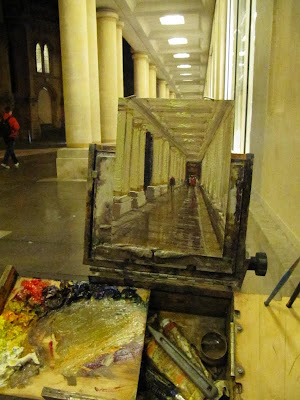 197 THE PORCHES AT THE PODIUM- This was an experiment to work on drawing pillars. It kind of worked out in the end! 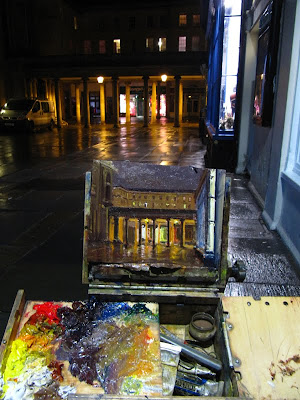 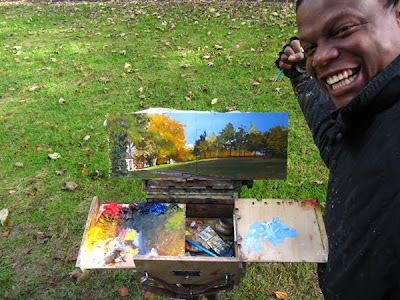 199, 200-AUTUMN EFFECT, ALEXANDRA PARK- This was it, the taxi man dropped me and said is this where you asked to be dropped, I just said-YES!!! I just took two steps outside his car and set up my pochade box, this place is a paradise for painters! I WAS SO GLAD HERE BECAUSE I HIT THE 200 MARK!
Posted by adebanji at 9:50 pm

As always inspiring to see your beautiful paintings. A pochade box is definitely on my wish list this christmas! Can't wait to get some plein-air going :D

What you do is always marvelously beautiful, it is a dream to one day be able to have as much confidence in my own actions as you deserve to have in yours.

Thanks Oliver! that's great you are going to get a pochade box! The liberation is about to begin! Enjoy!