Sketches on the train, tube and bus in August III 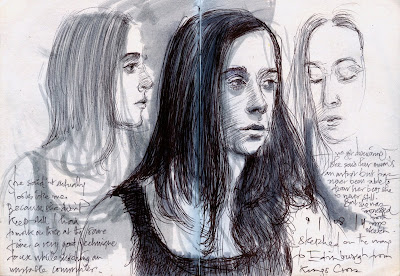 More sketches! If there's one way on the face of the earth that one needs to take to get better at drawing, it's constant sketching! It's fun and it doesn't have to be perfect either but the good thing is, as one keeps sketching-the brain, hand and eye become better friends and as an artist we need them to be in perfect unity! 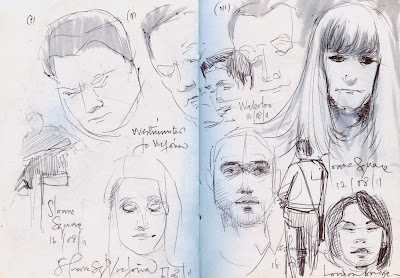 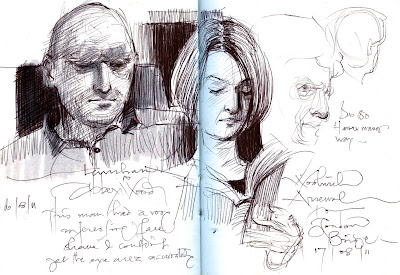 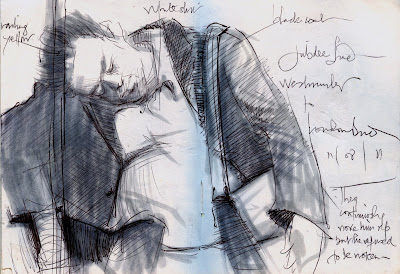 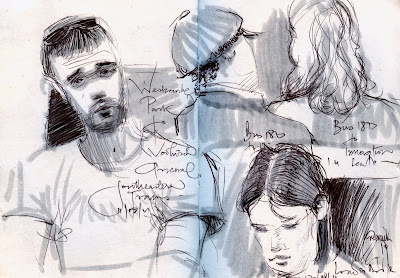 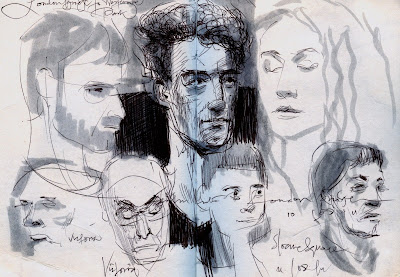 SPECIAL QUOTE
"Although he was intelligent and witty, he spoke gruffly, not wanting to be pitied. He kept to himself and never married.
Adolph von Menzel (1815-1905) did have one constant companion: his sketchbook. An acquaintance recalled:
In his overcoat he had eight pockets, which were partially filled with sketchbooks, and he could not comprehend that there are artists who make the smallest outings without having a sketchbook in their pocket. On the lower left side of his coat, an especially large pocket was installed, just large enough to hold a leather case, which held a pad, a couple of shading stumps and a gum eraser.”-Adolph Menzel, Master Drawings from East Berlin.
Posted by adebanji at 1:07 pm

These are great I love your work! I do the same, but can't do it openly like you do i secretly sketch plus i don't want people poseing in anyway. I wanted to ask you is that watercolour grey you use? I do carry a little watercolour pack and brush with me but i can't really get it out on a crouded train. Thank you Liz

Thanks Liz, it's not watercolour grey, it's a number 75 Tom Bow Felt brush marker, it's amazing, easy to carry and very effective.
I must encourage you to do it openly, there's nothing to hide, you are not a criminal, you are an artist and people love artists. I did a workshop with 6 University students on the tube and they all brought out their pads and sketched openly, you just have to try! Good luck!;

Hi Adebanji,
I do so enjoy looking at your drawings; great observation about drawing!